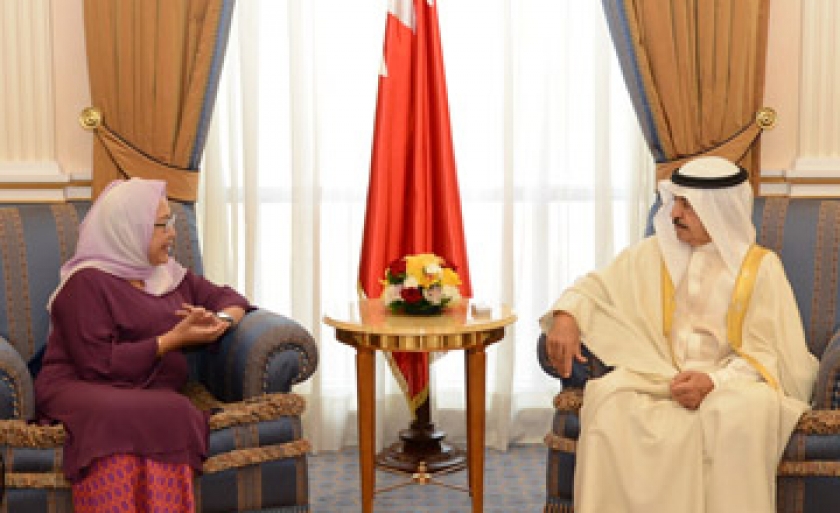 During the meeting, HRH the Prime Minister emphasized the Government’s support to every effort aimed to make the Kingdom a platform and hub for humanitarian and voluntary work as the Kingdom is convinced that success is assured for such efforts in view of the inclination of Bahraini people on humanitarian and voluntary work by virtue of their good-naturedness, Islamic values and good traditions and norms. His Royal Highness the Prime Minister accentuated the Kingdom of Bahrain’s keenness on making its humanitarian way both regionally and internationally to satisfy humanitarian needs everywhere inside the Homeland and abroad.

His Royal Highness the Prime Minister praised the remarkable role undertaken by Dr. Jemilah in serving humanity, boosting the principles of voluntary work, solidarity between communities regardless of geographic borders so as to reflect the brightest image of Islam and Muslim women.

His Royal Highness Prince Khalifa bin Salman Al Khalifa, the Prime Minister, urged for the need for Islamic experiences to be supported and assisted in order for all peoples of the world to benefit from these experiences, especially in the field of humanitarian work.