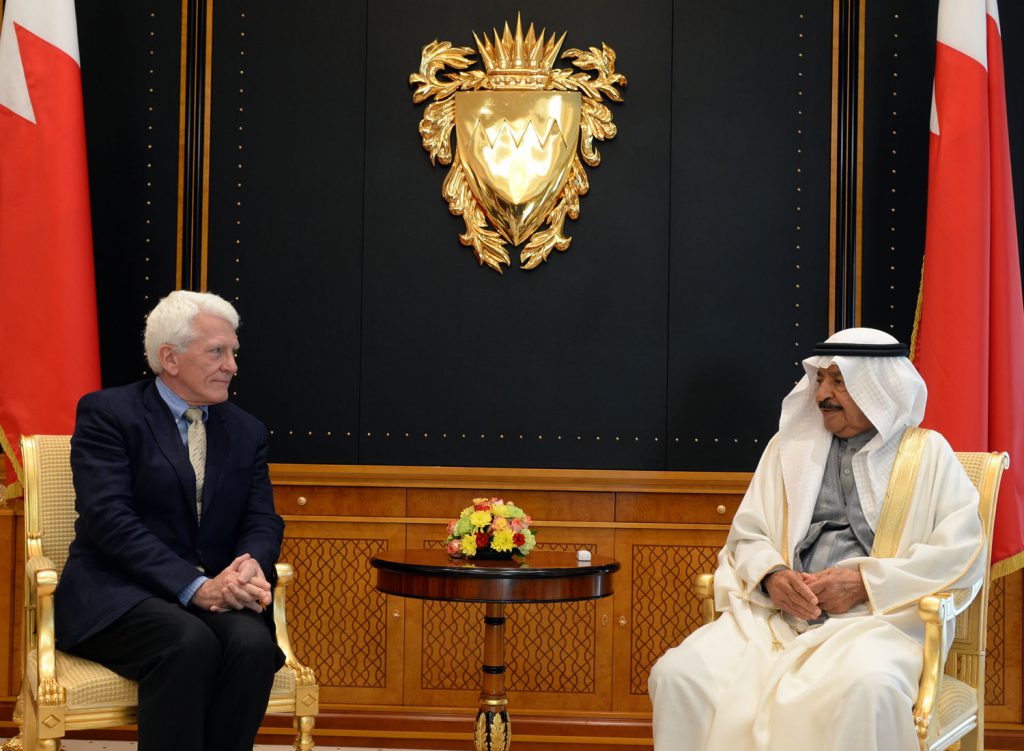 His Royal Highness Prime Minister Prince Khalifa bin Salman AL Khalifa has lauded the role of the Isa Award for Service to Humanity in serving and encouraging humanitarian initiatives through honouring those who launch them, praising the crucial role played by the Board of Trustees and jury of the award.

This came as HRH Premier received at the Gudaibiya Palace today Deputy Premier and Board of Trustees Chairman of the Isa Award for Service to Humanity Shaikh Mohammed bin Mubarak Al Khalifa, who introduced to him members of the award’s jury, led by Professor Jan Paulsson.

HRH Premier asserted that the Isa Award for Service to Humanity has become an Arab and international event as it targets humanitarian work regardless of religious, sectarian, ideological or political considerations.

HRH the Prime Minister stressed that the world is suffering from bitter conflicts, and it is in dire need for motivating service to humanity and alleviating the sufferings of humans all over the word, the same noble founding goals of the award carrying the name of the late HM Shaik Isa bin Salman Al Khalifa.

The Prime Minister underlined the government’s keenness on supporting and unifying efforts that enhance the kingdom’s status as a springboard for humanitarian and voluntary work.

Deputy Premier Shaikh Mohammed bin Mubarak Al Khalifa expressed sincere thanks and appreciation to HRH Premier for his constant support to the Isa Award for Service to Humanity, highlighting the Prime Minister’s constant directives to focus Bahrain’s efforts on meeting humanitarian needs in Bahrain and abroad.