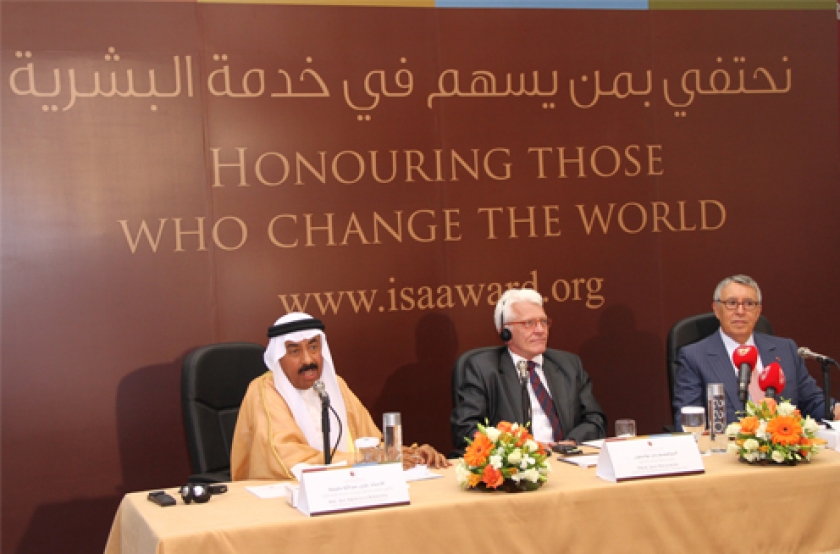 Manama, 30 April 2013: The Board of Trustees of the Isa Award for Services to Humanity today announced that Dr. Jemilah Mahmood, founder of the Malaysian Medical Relief Society (MERCY Malaysia), has won the Isa Award for Services to Humanity for her efforts in disaster prevention and relief, education, community service, environment protection, climate change, and poverty alleviation. Dr. Jemilah Mahmood will be honoured and presented with the Award in an official ceremony that will be held in May, under the patronage of His Majesty King Hamad bin Isa Al Khalifa and attended by senior officials and VIP’s.

Dr. Mahmood was selected as the laureate of the first edition of the Award due to her continuous humanitarian work, which has included the establishment of a maternity and health center for women in Darfur, Sudan, in 2004. The center is now run by a local team. Under her leadership, MERCY Malaysia also rebuilt 13 health centers in cooperation with the Health Ministry in Myanmar, after Cyclone Nargis in 2008. After the tsunami disaster in December 2004 and the destructive earthquake that ensued in March 2005, Dr. Mahmood also helped the people of Banda Aceh, one of the poorest communities in Indonesia. She drew up a plan to provide the necessary healthcare, helped rebuild two health centers, and renovated the island’s Gunung Sitoli Hospital.

Commenting on the announcement, Professor Jan Paulsson, head of the Award’s Nominations Committee, said, “Dr. Jemilah Mahmood’s selection as the laureate of the Isa Award for Services to Humanity reflects the impact of her work on Asian and African communities and the radical changes those regions have witnessed as a result. Her visionary work focuses not only on short-term and immediate assistance to disaster-stricken communities, but also on long-term rehabilitation and training of local workers to enable them to continue to help and provide recovery efforts after the completion of relief work. During the review of the candidates, the Nominations Committee realized the highly important role that Dr. Mahmood plays in providing such a unique humanitarian service, a role that has qualified her to be one of the most influential figures in this regard.”

Ali Abdullah Khalifa, the Award’s Secretary General, said, “Dr. Jemilah Mahmood was selected from among a large group of candidates who left a clear and sustainable mark on humanity. Her selection as the laureate of the Isa Award for Services to Humanity was the fruit of two years of persistent work that included intensive coordination among the Award’s General Secretariat, the Nomination Committee, the Jury, and other parties involved in humanitarian services,” he said. “Dr. Mahmood was considered the most competent candidate for the Award as she often put her life in the heart of danger, which proves her determination and unlimited desire to help others and serve humanity” he added.

His Excellency Mohamed Benaissa, former Moroccan Foreign Minister and member of the Nominations Committee of the Isa Award for Services to Humanity, commented, “Through activities and interactions that transcended racial, ethnic, and religious differences, Dr. Jemilah Mahmood offered a great model. Her role is not limited to her personal achievements, but it also creates a new perspective for many humanitarian organisations, such as adapting charity work in disaster situations to the prevailing culture in the affected society, preserving the dignity of beneficiaries, and demonstrating maximum transparency about humanitarian activities to a world that closely watches those kinds of events.”